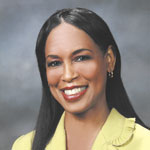 Winners
Rameca Vincent Leary
Dr. Leary has been named Coordinator of Diversity Initiatives at Pensacola State College. Her duties encompass student and employee minority recruitment and producing/hosting responsibilities for the “PSC Today” and “PSC Aware” programs aired on WSRE-TV. An integral part of this position also entails assisting and leading various Cultural Diversity Committee initiatives and activities. Leary also is a business instructor at the college and was recognized as the 2018-2019 Outstanding New Faculty Member.

Zachary Panici
The Tate High School graduate and Boy Scout chose to spend part of his summer fundraising, gathering volunteers and planning workdays to spruce up Engine 1355 of the St. Louis-San Francisco Railway Co. that has been resting on Garden Street since 1957. Since starting the project in May, Panici has held five workdays with volunteers, logging approximately 200 hours of labor. He expects to wrap up the project by the end of the summer.

Losers
Write-in Candidates
It’s long been a practice to have someone file as a write-in candidate to shut out voters from what would otherwise be an open primary process. In the 2018 Escambia County District 4 commission race, a write-in blocked Democrats and nonparty affiliated voters from participating in the August primary. She later withdrew from the race. The Florida Commission on Ethics has issued sanctions against write-in candidates in Nassau, Walton and Marion counties. Ethics Commission did not rule on whether the candidates initially set out to shut out voters; instead, the board focused on the candidates’ failure to complete the campaign financial forms correctly. Palm Beach County State Attorney Dave Aronberg told floridapolitics.com, “Hopefully, these fines and stipulations will make future sham write-in candidates think twice before agreeing to take away the right to vote from Floridians.”

Jimmy Patronis
The Florida Department of Law Enforcement is investigating Florida Chief Financial Officer Patronis’ violation of state law when he sent to the media a redacted copy of a woman’s sexual harassment complaint against former Office of Financial Regulation Commissioner Ronald Rubin, along with a request for Rubin to resign. The complaint form was marked “confidential and exempt.” Some believe Florida law mandates it should have been kept confidential until investigated. Breaking it is a first-degree misdemeanor, punishable by up to a year in jail. The alleged victim didn’t give permission to release the complaint.